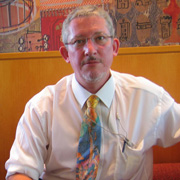 Based in the DPRK and travels extensively around the Asia Pacific region. He has over twenty years experience of international banking and finance in organisations including; The Hongkong and Shanghai Banking Corporation, Daedong Credit Bank (he was General Manager and CEO), Hana Electronics JVC (he was Chairman) and Phoenix.

Management and leadership skills, eg the successful establishment and development of the Daedong Credit Bank, Phoenix (née Crocus) and the establishment and management of a major HSBC securities safe custody and settlement operation.

In depth experience with working in the DPRK and with banking and commercial business operations in the DPRK.

Hands on experience of managing and setting up banking and commercial operations in “greenfield” sites via the Daedong Credit Bank, the Daesong Bank and Peregrine Special Projects Ltd.

In depth experience and knowledge of the customs and business practices in the DPRK, coupled with an extensive and unrivalled network of business and personal contacts.

In depth international exposure to a variety of manufacturing, commercial, marketing, treasury and administrative/back office organisations
High level interpersonal skills, coupled with the ability to interact with people at all functional levels from a variety of cultural backgrounds.

Experience and detailed knowledge of best practice with respect to banking codes of conduct. 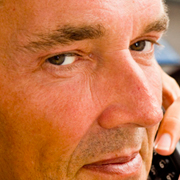 Based in London Ken Frost MA FCA FIPFM, is a chartered accountant with over twenty years international experience of FMCG industries, consumer electronics, rough diamond distribution and the Internet. He has worked in; KPMG, Philips Electronics, De Beers and runs his own Internet company. He was also on the board of Daedong Credit Bank, is a member of Gerson Lehrman Group Councils and an Advisor with Guidepoint Global. In January 2013 he was placed 25th on Accountancy Age’s Financial Power List 2013: Big Hitters, a rundown of who the magazine thinks will be the biggest players in accounting and finance during 2013. In 2011 Accountancy Age placed him on their Financial Power List for 2011. This list identifies the top 50 who will wield the most influence over the future direction of accounting. He also appeared on the list in 2006.

He is a member of Gerson Lehrman Group Councils

He is an Advisor with Guidepoint Global

Hands on experience of performing and managing professional independent reviews that identify risks/control gaps; providing recommendations for both the mitigation of these risks/control gaps, and general improvement of the business

In depth experience of working with a variety of IT packages from pre to post implementation stages including; SAP, Triton, MFG Pro, Scala and Sage

In depth international exposure to a variety of manufacturing, commercial, marketing, treasury and administrative/back office organisations

Constant exposure (through monitoring, mentoring and advising) to organisational change eg; restructuring, cost cutting, centralisation of back office functions, introduction of the Euro, IT changes, centralisation of warehousing, direct deliveries and corporate delisting

High level interpersonal skills, coupled with the ability to interact with people at all functional levels from a variety of cultural backgrounds

Experience, and detailed knowledge, of best practice with respect to corporate codes of conduct via:

Forensic experience arising from:
– Personal involvement in fraud investigations
– Establishing and developing the role of the Philips Forensic Audit Co-ordinator
– Custodianship and maintenance of the Philips Fraud Database 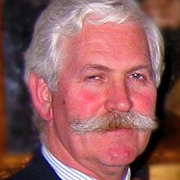 Based in Paris Olivier Roux has over thirty years international experience of technology transfer, construction, industry and project engineering / management. He has unrivaled experience of working in Asia Pacific, Africa, the Middle East and Europe; and has a superlative network of contacts.